We also examined the space that the artwork would ultimately live in, and discussed function, space use and traffic, and other site-specific environmental and architectural elements.

The following images present the site – in Bleecker Street Co-op’s lobby – prior to installation, and Anna Camilleri’s work as lead artist, which bridges the arts-based research and production, or the design transformation phase, and finally the artwork itself.

Discussions were documented, and all sketches, collages, and prints were photographed. This development process was anchored by our goal: to create a large-scale artwork through collaborative processes that memorializes founding manager Diane Frankling in the 20th year of Bleecker Coop’s proud and inclusive community.

Lead visual artist Anna Camilleri stewarded the progression of this arts-based research into a design, and the studio was opened. Scroll down to earlier posts for extensive documentation of our open studio environment.

We built this piece together: 2500+ volunteer hours were invested into the creation of this artwork. What had been initially been conceived as a two-dimensional mosaic mural, grew into a large-scale mixed media artwork including carpentry, custom ceramic, collage, and mosaic. 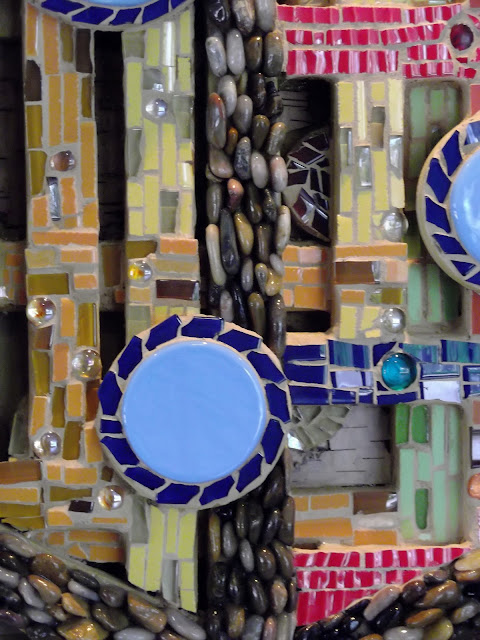 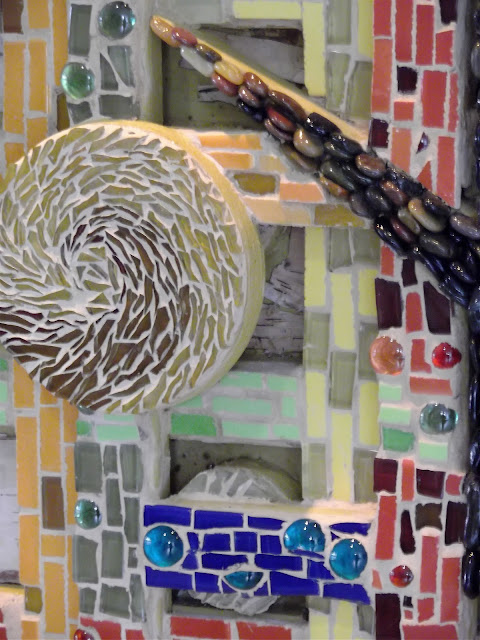